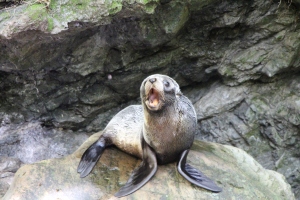 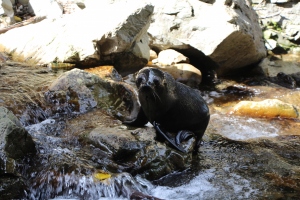 I promise this isn’t the same tube of fat in varying states of wetness.

Let’s close with a stealth shot of the elusive Veronica voyeur. Here she creeps on sleeping seals while breathing heavily.